Moving beyond medical errors: How EHRs are ‘nudging’ practices to change certain behaviors 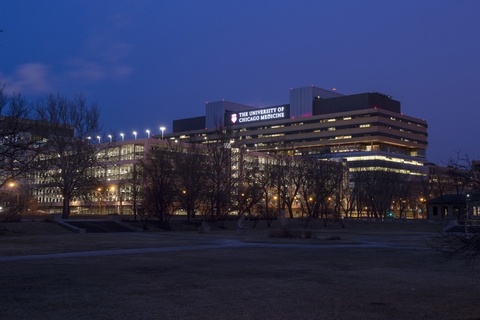 Electronic health records (EHRs) are usually cited for their ability to help diagnose diseases and reduce medical errors. But several health systems are testing how EHRs can be used to target other factors, like patient comfort and drug shortages.

Since EHRs are frequently used to guide patient care, adjusting the output of those systems can have considerable impact on patients—beyond just their immediate health condition.

Consider the University of Chicago Medical Center, which has been experimenting with a study module called SIESTA (Sleep for Inpatients: Empowering Staff to Act) to help patients in hospitals sleep better. The study is aimed at reducing nighttime awakenings for inpatients so they don’t experience in-hospital sleep deprivation.

The healthcare sector remains in flux as policy, regulation, technology and trends shape the market. FierceHealthcare subscribers rely on our suite of newsletters as their must-read source for the latest news, analysis and data impacting their world. Sign up today to get healthcare news and updates delivered to your inbox and read on the go.SUBSCRIBE NOW

Inpatient sleep deprivation occurs when EHRs prompt doctors and nurses to take vital signs, administer medication or perform a test irrespective of the time of day. If a patient is being consistently woken up this way, they can suffer grogginess, delirium and falls.

“As a frequently hospitalized patient, I am used to being woken up as often as every one to two hours,” Sara Ringer, a hospital patient, told the University. “It never feels like your body has a chance to rest and heal. My last hospitalization at University of Chicago was one of the easiest I’ve had because the hospital staff made it possible for me to sleep.”

SIESTA works by adding alerts to the EHR, which remind healthcare workers they may want to delay disruptions that are minimally important (such as measuring vital signs). While it’s certainly possible to simply provide training to clinicians to avoid nighttime awakenings, the researchers said the EHR reminders work better.

“Efforts to improve patients’ sleep are not new, but they do not often stick because they rely on staff to remember to implement the changes,” said the study’s lead author Vineet Arora, M.D., professor of medicine at the University of Chicago.

But alerts aren’t always effective either because clinicians can start mentally blocking them out, said Raj Ratwani, M.D., director of the national center for human factors in healthcare at Medstar Health. When a physician gets an alert for something or other every few minutes (a suggestion to use a certain drug, a suggestion about when to perform a test, etc.), it stops being a concern and starts becoming an interruption of their workflow, according to Ratwani’s research.

Ratwani pointed to an eye-tracking study done on residents completing certain tasks in an EHR. It found that after a time, physicians would by habit bring their cursor to the place on the screen ready to close an alert box after selecting certain options—before it had even popped up. They had become that inured to the reminders.

“Those are the kind of alerts that drive physicians nuts, because think about how many of those they get, how busy they are,” Ratwani told FierceHealthcare in an interview. “What’s happening is you just get used to it, it becomes an interruption of your workflow, and you just want to get past it.”

Another approach to nudging clinicians’ behavior is to change the EHR’s user interface (UI) to cognitively disincentivize certain choices. Putting undesired options further down on a drop-down list, for instance, or graying them out, can cause clinicians to select them less often without interrupting workflow.

Many EHRs already do this to avoid negative health outcomes, like unintended drug interactions or dangerous opioid doses. But all those tools are available to nudge behavior for other reasons, Ratwani said. They can just as easily be employed to avoid a drug that’s on shortage or out of range.

“Oftentimes what happens is providers get emails, and they’ll get an email that says ‘please don’t prescribe medication A, prescribe medication B instead’. And then they’re tasked with having to remember that information on top of all the other things they have to do. So that’s a great instance where it would be far more effective to manipulate the interface a little bit to make it more difficult to order those medications that are on shortage,” he said.

“Things that you want to prevent or push people away from—you want that to take more cognitive effort than you want people to actually use,” Ratwani added. “So you’re guiding them without them needing to do a lot of effort to acknowledge them or interrupt their workflow. And that’s where it’s most effective—where it’s very passive and doesn’t require a lot of effort on the part of the physician.”

The trouble here is that the UI changes can tread into the territory of making decisions instead of clinicians. And while the grayed-out options should still be available to select in most cases, the psychological disincentive it provides is powerful, Ratwani said. One study showed that even a one- to two-second delay in the time that it takes to do something will push people away from that action most of the time.

Furthermore, it’s not clear that the suggestions pushed by the UI will always be appropriate. It would be easy for a drug shortage to end, for instance, but not have the EHR update to reflect that until months later.

“There is tremendous potential for unintended consequences in this kind of change—to any interface. Just in the example of order sets, many have been updated but the clinician’s not aware that it’s been updated, so they may be operating under the previous conditions of that order set,” Ratwani said. “This can be a big problem, and it’s similar to the drug shortage scenario, where there is a change and it’s not obvious.”

So while EHR changes can be a powerful tool for hospitals and health systems to incentivize certain behavior, they will have to be vigilant about the unintended consequences.